The Cape Verde archipelago of 10 main islands (9 of which are inhabited) lies about 400 miles off the west coast of Africa. Although Portuguese is the official language, most of the locals speak Creole - a mixture of old Portuguese and African dialects which is very difficult for outsiders to understand!

The country is poor but not destitute. Every child goes to school, and everyone has just about enough money to live, albeit without any of the luxuries that most westerners view as staple. The main handicap that prevents economic growth is the distinct lack of natural resources on the islands. 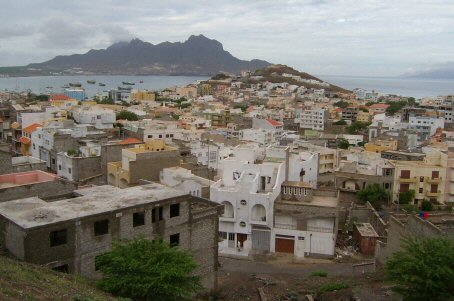 View of Mindelo on São Vicente
On São Vicente for example, there is very little rainfall. Water supplies are largely dependent on desalinization plants which convert seawater into just enough drinking water for the population. The land is too dry to grow crops - even pasturage is scarce - hence, livestock cannot be kept (except for the odd goat here and there). The land does not contain any valuable minerals, so there is nothing to export.
Things are a little better on some of the other islands, especially those that are more shelterd from the persistent dry winds - some crops can be grown, including coffee, bananas, corn, and sugar cane. The only minerals of note are limestone and salt. Fishing is an important source of food, and fish are also exported. The other main exports are textiles (particularly shoes) and bananas. However, the value of the country's imports is nearly 6 times as much as its exports - most of the necessary food, fuel, and consumer goods come from Portugal, and the Netherlands.
Cape Verde has its own currency: the Escudo (the Portuguese word for 'shield') - but this is not the same currency as the old Portugese Escudo. From time to time, tourists visit the islands, and Euros are usually accepted in the handicraft shops and cafés (notes only, not coins). Due to the lack of facilities, tourism is not a huge industry here - although a number of cruise ships stop over for refuelling, and the passengers provide a much needed injection of cash. 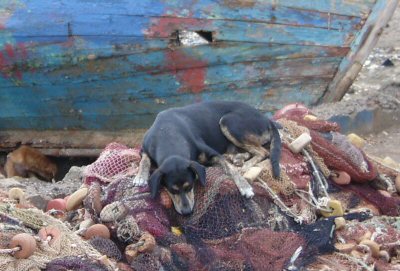 A stray dog contemplates the meaning of life
In the past, the British used Cape Verde as a storage depot for coal which was bound for the Americas. The harbour area at Mindelo was developed by the British for this purpose, and there was plenty of work for local labourers. As the British coal industry went into decline in the 1980's though, this source of income dried up, and Britain had to abandon its Cape Verdean interests - a huge blow to the local economy.
The modern economic survival of Cape Verde depends largely on outside help.  Portugal donates several million Euros every year, and other countries such as Japan, Luxembourg, and the US also chip in. Recently, a complex of shop units was built on Mindelo, funded by the United Nations.  Also, many families have one or more members living and working overseas, and they send money back home.
Despite the poor financial situation, the general character of Cape Verdeans is optimistic and friendly. They seem to be very hospitable and happy - content to make the most of what they have. The climate is mild all year round, and there are some beautiful beaches and rugged landscapes to enjoy.
Further Reading:
http://www.capeverdetips.co.uk/ - Site aimed at visitors and British Ex-pats living (or moving to) Cape Verde, but contains information of general interest too.
CIA Factbook: Cape Verde 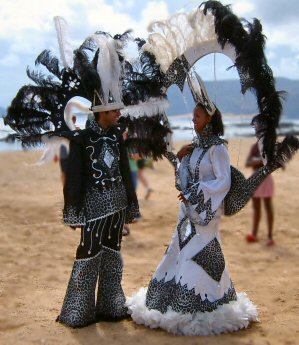 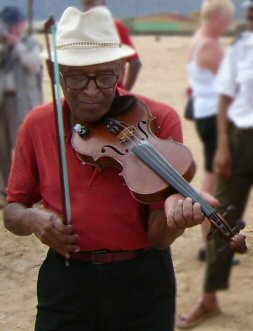